Winter Olympic Action Heats Up with ‘One Year to Go’

The Olympic Winter qualification period is well underway and freeski and snowboard athletes are expected to form the majority of the team with long track speed skaters and athletes from skeleton, alpine skiing and curling also in contention.

A final team size of 15 – 20 athletes is expected to contest the first Olympic Winter Games held on the Korean peninsula.

With a high performance programme established for Vancouver 2010 and building through Sochi 2014, the team will be chasing the nation’s second ever Olympic Winter medal.

Olympians Jossi Wells and Christy Prior are two of the most experienced among the potential New Zealand Olympic team and are progressing well towards selection. Both secured bronze medals in their respective disciplines of freeski and snowboard slopestyle at the PyeongChang venue in February last year.

Wells, who is aiming to compete alongside his brothers and fellow Olympians Byron and Beau-James and younger brother Jackson at PyeongChang 2018, said he was well-prepared for what was to come.

“With a year out it’s knuckle down time - we are out trying to get New Zealand quota spots. My body is going well and I am feeling really healthy which puts confidence on my side going into a big qualifying series.”

“It was great to go and check out where the Olympic Games will be held and get acclimatised to the place…” he added, referring to his 2016 experience in PyeongChang.  “The slopestyle course is one of the best we have skied to date.”

Freeskier Miguel Porteous (17) has also had recent strong performances with a silver medal in superpipe at the X Games in Aspen, USA recently.

Over half of the snow sports athletes aiming for quota spots have met the FIS minimum requirement for qualification and are sitting well inside the Olympic ranking lists.

Ashley Light, Director of High Performance at Snow Sports NZ, the NSO that looks after alpine ski racing, freeskiing and snowboarding, says the athletes and coaches are focusing on qualifying nation spots to meet nomination criteria across multiple disciplines.

“Developing depth of talent across all the disciplines has been a key focus of the programme for the last quadrennial and we are now seeing encouraging results from new athletes ‘on the block,’” Light said.

“From a selection perspective this is great news for New Zealand as the competition for places on the team heats up and the athletes rise to the occasion and perform to their highest potential.

“This season has been really exciting because each event is another chance to help qualify for the Games. As each result I’ve achieved has come in, my dream of competing at the Games comes closer and closer,” he said.

New Zealand Olympic Winter Team Chef de Mission Pete Wardell, who also led the New Zealand Team at Sochi 2014 and Vancouver 2010, has recently returned from PyeongChang where test events and briefings were taking place to mark the one year milestone.

He said he’s encouraged by the strong results from athletes one year out from the tough Olympic Games competition and added that facilities and infrastructure in the South Korean host city would be ready to ensure athletes were competing in a top quality environment.

“The venues and villages are looking fantastic - the standard of design, workmanship and finish are really impressive,” he said.

“The test events were also successful and it was heartening to see athletes from many countries, including a good representation from New Zealand, training and competing at the various venues.

“PyeongChang is a winter wonderland and the test events saw a good covering of fresh snow to sea level, minus 15 degrees Celsius in the mornings and a chill wind to remind us that we are preparing for a winter Olympic Games.”

“The Olympic Games are always incredibly tough and we wish the athletes well as they focus on qualification and selection before turning their minds to performing at the very highest level.”

The Kiwis will compete in the new Olympic discipline of the Mass Start as well as the Team Pursuit at the World Championships.

In the skeleton, Rhys Thornbury is progressing well after a move to Calgary to focus full time on training. With consistent top 20 results across six World Cup circuit races including an 8th secured in Konigssee, Germany he now heads to the 2017 World Championship in late February.

Ross Dominikovich, President – New Zealand Bobsleigh and Skeleton Assn says the 27-year old’s move to Calgary has paid off and he is making progress towards qualification.

“Rhys is definitely trending in the right direction. He has shown considerable improvement in his performances this year against the World Cup field. He is doing all the right things to find all those 1/100ths of a second improvements.”

PyeongChang preparations continue with a strong season of World Championships and test events in the host city.

The Olympic Winter Games ticket portal opens today and New Zealanders wishing to support the team at PyeongChang 2018 can register for tickets through official ticket reseller New Zealand Olympic Travel at www.nzolympictravel.co.nz. As is the case with all Olympic tickets, demand is expected to exceed supply. 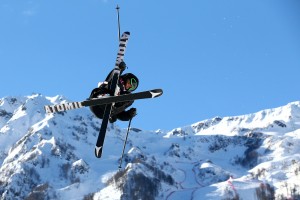 5 years ago
PyeongChang 2018, Olympics, One Year to Go