Vallnord-Arcalis, Andorra (9 February 2017) – Wanaka skier Sam Lee has ticked off his goal of a top 10 result at his first ever Freeride World Tour competition, finishing eighth in last night’s (NZT) event staged in the Andorran resort of Vallnord-Arcalis.

Competitors gave it their all in an action-packed competition on the feature-dense Serra de Balma venue– known by riders as “Smoothy’s Garden” in honour of New Zealand skier Sam Smoothy’s 2015 groundbreaking run.

The five-hundred vertical metre venue offered a multitude of line options, from powerful straight lines to technical cliff sections. Tumultuous weather over the past week deposited fresh snow in the Pyrenees, with brilliant blue skies finally making an appearance for competition day and offering optimal riding conditions for competitors.

The first place position on the men’s ski podium was reserved for Drew Tabke (USA), who started with a massive air to an improbably relaxed backflip. Kristofer Turdell’s (SWE) impressive line and riding style earned him second place. Perhaps the most full-throttle line of the day was credited to Aymar Navarro (ESP) as he pulled off a large air at the top of the venue that he transformed into a highly technical double-hit.

Competitors will have time to reflect only briefly on today’s event with the next competition - the Swatch Freeride World Tour Chamonix-Mont-Blanc Staged in Vallnord-Arcalís, Andorra – scheduled for tomorrow. The Chamonix stop, originally scheduled for 30 January was rescheduled due to due to safety concerns around snow conditions in the French resort. 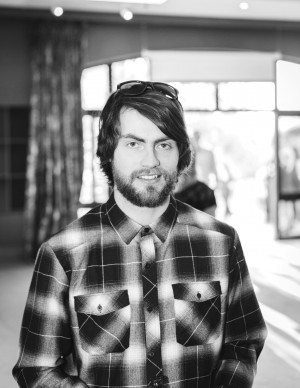