Para Boys on the Podium

Day one saw Adam come out with two strong runs to take first place in the Standing Mens slalom race. Rival Thomas Walsh (USA) was looking dangerous with a super fast first run that looked to top the leaderboard, had he not blew out at the bottom.

Fresh snow set the scene for a tough battle on day two of the slalom races. It was a close fight with Adam just holding on to the top spot up against Braydon Luscombe (CAN) in second and Thomas Walsh placed third.

Corey Peters also came out charging on day one with two consistent and strong runs to take first place in the Mens Sit slalom event. Josh Elliot (USA) decimated the field in his first run, but was unable to back it up in the second run.

Corey followed up the podium win with another awesome effort on day two. His first run saw him topping the leaderboard by 3 tenths, he put a good second run down but got pushed into third by winner Josh Elliott and second placed Tyler Walker (USA). Having spent a significant amount of time developing his slalom technique during the 2015 New Zealand season, coach Ben Adams wass pleased to see Corey finishing this close to Tyler and Josh.

Corey renewed his rivalry between Tyler Walker and Andrew Kurka (USA) in the Giant Slalom event on day three. Corey finished run one in third place behind the Americans, then put down a fast second run to claim second place behind Walker.

On the final day Corey went out charging and was in second place behind Kurka, with Walker in third after run one. Corey again managed to find something extra in run two to claim the victory, with Walker in second and Kurka third.

Official results from the Winterpark event are available here: http://www.paralympic.org/alpine-skiing/calendar-and-results 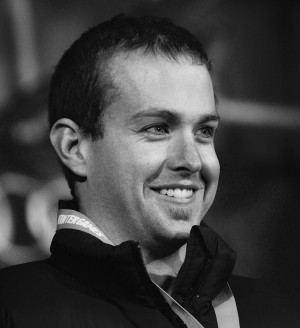