Jossi Wells Through to Finals in Slopestyle World Cup

Breckenridge, USA- (8 January 2014) – The International Ski Federation (FIS) Freestyle World Cup is underway in Breckenridge, Colorado with the world’s best halfpipe and slopestyle freeskiers taking one of their last shots at qualifying for the Winter Olympic Games in Sochi. With New Zealand looking to secure a second nation spot in the freeski slopestyle discipline, all eyes were on Jossi Wells (Wanaka) to put down a high-scoring run and qualify for finals.

This week's event was moved to Breckenridge from its originally scheduled venue of Northstar, in California, after it was decided just before Christmas that adverse weather conditions at Northstar would likely make it impossible to construct a suitable venue for top level World Cup competition.

With so much still to be decided before the Olympics, so few events left, and only so many precious quota spots to go around, the Breckenridge event promises to be one of the most intensely-battled competitions of the year.

Today was the turn of the freeski slopestyle athletes to battle for high scores, not only against their fellow competitors but against the elements. Heavy snow fell throughout the competition, causing several athletes to falter or crash during their runs.

The field of 94 male competitors was split into four heats with the four top-scoring skiers in each heat progressing to finals. The competition marks a return from injury for Jossi Wells and only his second day back on snow for the northern hemisphere season.

Putting all challenges to the back of his mind, Jossi focused on the task in hand and put down his first run with a score of 79.66 to place third in his heat and progress to finals.

“Competition is about who’s the best on the day and who can lay it down in the adverse conditions and so I knew I had to not whine about it and get to work,” remarked Jossi.

“I knew that I had to do it. To lay down a run and make it through to finals feels pretty good. I managed to pull through when I had to. I’m really happy.”

Younger brothers Beau-James and Jackson placed 6th and 11th respectively in the same heat with another Wanaka athlete, Hamish McDougall, placing 11th in his heat.

In the women’s competition Anna Willcox-Silfverberg (Auckland), the only New Zealand competitor, placed sixth in her heat, just missing out on finals. Her coach, Peter Legnavsky, was pleased with the solid performance of the young athlete who only took up the sport three years ago but is hopeful of securing her spot for Sochi.

“I’m feeling really privileged. Because I’m so new to the sport I never would have dreamed to be in this position a year ago even, so just to have that opportunity would be amazing. I’m going to give it all I’ve got.”

Freeski slopestyle finals are scheduled to take place on Friday (US time). Tomorrow (Thursday US time) will see freeski athletes compete in the halfpipe qualifying rounds.

The Breckenridge event is the last World Cup freeski halfpipe competition of the season before the Sochi Games, while for the freeski slopestyle athletes the World Cup in Gstaad, Switzerland on January 18th will represent their last shot at Olympic qualification. 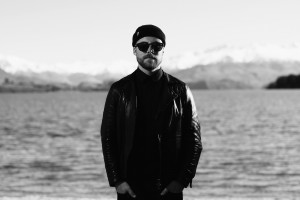