Fourth Places for Adam Hall and Corey Peters in Super-Combined

Sochi, Russia (14 March 2014) – Following a long wait, the Super-G component of the Paralympic Super-Combined event finally got underway in Sochi on Friday. The weather had played havoc with the competition schedule on Tuesday and race organisers had been forced to split the Super-Combined over two days, the Slalom completed on Tuesday but racers having to wait until Friday to contest the Super G.

New Zealand’s Adam Hall would come into tonight’s competition in fourth place in the men's Super-Combined Standing class. The Super-Combined event includes both the technical discipline of Slalom and the Speed discipline of Super-G. Adam’s speciality is the Slalom; only time would tell whether he could put together a strong enough finish in the speed race to lift himself into medal contention. Working against him were the lasting effects of a stomach complaint which had seen him struggle through the previous day’s Slalom race and finish outside the coveted medal spots.

On the men's Super-Combined standing leaderboard, Russia's Alexey Bugaev would start the Super-G in first with a slalom time of 50.30 while Canada's Braydon Luscombe sat in second with a time of 52.17 and Austria's Matthias Lanzinger in third after logging a 52.43. Adam Hall had a starting time of 53.00.

Adam was the 12th racer to start and looked strong and fast through his run, posting a combined time of 2:14.36 to put him into second spot 0.22s behind Australian Toby Kane. Matthias Lanzinger followed hot on the Kiwi’s heels with a faster time to bump Adam into third place.

Canada’s Braydon Luscombe was the penultimate skier to race and crashed midway through the course. New Zealand was in with a chance at the medals but everything would rest on the Russian skier Alexey Bugaev, still to come and already with four medals from four races at the Sochi games.

Seemingly unbeatable, the Russian once again flew home to take the win in front of the home crowd, leaving Adam Hall in fourth place.

“It definitely has been an interesting week,” reflected Adam Hall after the race. “I guess I can say honestly, my personal goals were to medal in all three events. I threw one of the chances away on the first Super-G day when I was ahead at the splits so close to the finish and came out. I was really happy on that day. I skied really well, out of my skin. To finish up short was disappointing but at the same time I almost kind of feel like I won a medal because I was skiing well and skiing in a medal contention event which for me was amazing in the Super-G.

“Today I felt really good, I wasn’t really struggling but I just had to put down another great run and I was a little bit slower than the other day. I wasn’t as clean as I was the other day and maybe that came down to a little bit of fatigue. To be two tenths off the podium in Super-Combined after my slalom run the other day, I’m really happy with my result today. I had a good chance at being on the podium today and I just fell short. To still be in the mix and to be not far off the podium to me is a good feeling.”

In the Sitting class, Austria's Roman Rabl would start the Super-G holding strong atop the leaderboard with a time of 58.71. Germany's Thomas Nolte was in second with a time of 59.25 and Austria's Philipp Bonadimanni in third, having clocked a 59.42.

New Zealand’s Corey Peters had put together an exceptional performance in the Super-Combined Slalom on Tuesday bringing home a sixth place finish, well above his current world rankings of 22nd in the Super-Combined and 34th in Slalom. The first time Paralympian favours the speed over the technical disciplines so would look to up his game even further in the Super-G.

With a start position midway through the field Corey flew through his run posting a good time of 2:21.91. With one racer left to go, the New Zealander was sitting in the bronze medal position. Roman Rabl took to the course hoping to maintain his lead from the Slalom stage. His run wasn’t fast enough to do that but it was just enough to bump Corey Peters into fourth.

Coming into the Sochi Games Corey’s goal had been to achieve a top 10 finish, he was therefore more than happy to finish fourth albeit not a podium spot.

“I’m really stoked with that result. Fourth place is definitely a good achievement for your first Paralympics.”

The final competition of the Sochi Paralympic Games for the New Zealand team takes place on Saturday night (NZT) when Corey Peters takes on the Giant Slalom.

Going by his recent form, it should be an exciting competition. The event will be livestreamed on attitudelive.com/paralympics.

TVNZ will be the free-to-air broadcast partner providing news, highlight packages and OnDemand content for the duration of the Sochi Games. 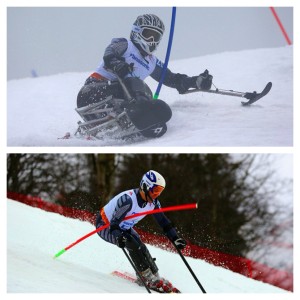