The New Zealand Indoor Slalom Championships were held at Snowplanet in Auckland on Saturday 18 October 2014. Competitors in U14, U16, U18 and men’s Senior (over 21) age groups raced four runs of the Slalom course. Nick Prebble (Team Hutt) was awarded the Championship title in the men’s class and Eve Aspinall (Northern Snow Sports Race Academy) in the ladies’ class.

“It was my first time skiing indoors and it was a great experience,” commented Nick. “The snow was quite different to what we are usually used to but I was just happy I was able to adapt and come out with the win.”

Anabella Eady (Wanaka) was the fastest female racer in the U14 class. Will Cashmore and Rhys Davies were the respective winners of the men’s U14 and U16 ages groups. U18 men was won by Oscar Halliwell from Queenstown Alpine Ski Team.

“Everybody had a great time and it was great for the younger kids to meet and greet the national team boys,” said Nick.

Snowplanet will next host the Junior Interfield races on 1 November. 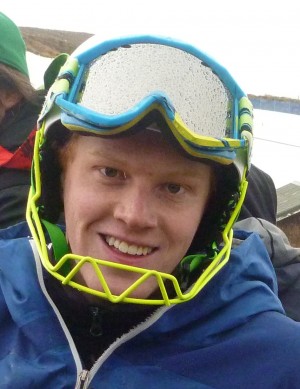