Eliza Grigg took the Super G win for the first time in her career, winning by over a second. “I’m pretty stoked with it, I’ve never been Super G National Champion before, I’ve been on the podium quite a lot but never actually on the top step so I am super happy with today”. She was joined on the Women’s podium by Meghan Hood in second and Olivia Flight in third.

Willis Feasey, 2019 Giant Slalom National Champion, took the top spot in the Men’s Super G as he was cheered on from the side of course by the younger athletes he has been coaching this season. Jack Adams skied his way into second place, just less than a second behind Willis. Harrison Messenger rounded out the Men’s Super G podium in third.

The National Para Alpine Super G Championships were held alongside the able-bodied athletes Super G Alpine Nationals. Adam Hall, standing National Para Alpine Super G winner, explained “today was a great day, the snow conditions were great and it was great to get two runs of Super G out there”. Adam discussed how it was a great training opportunity to compete at another resort.

Corey Peters came out on top today as the sitting National Para Alpine Super G winner. He was pleased to have the opportunity to get a race under his belt and get back into the race environment. “Obviously the Northern Hemisphere season got cut short so it’s good to be back in a race bib again”. Aaron Ewen finished in second place and development athlete Billy Dravitzki finished in third.

The race today was also a National Points race for under 14 and under 16 athletes, whose national champions will be crowned at the Snowvision National Youth Championships held at Cardrona starting on the 25th of September.

Check out the full results here 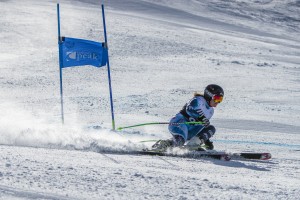