Garmisch, Germany (26 March 2015) - As the northern hemisphere season begins to wind down, alpine ski racer Willis Feasey (Twizel) says he is “pretty happy with the season”. His modest comment “I have been skiing well” understates his season’s achievements which include career bests in GS, Super G, Super Combined and, most recently, Downhill.

Willis is currently in Garmisch, Germany for the National Ski Racing Championships. On Tuesday (24 March) he placed eighth in the Downhill, 0.73s off the winner Bostjan Kline (SLO) and earned a 23 point result.

The following day, he went on to place 12th in the Super-G.

Racing concludes in Garmisch on Friday 27 March and Willis leaves Europe to return to New Zealand on Monday 30 March. 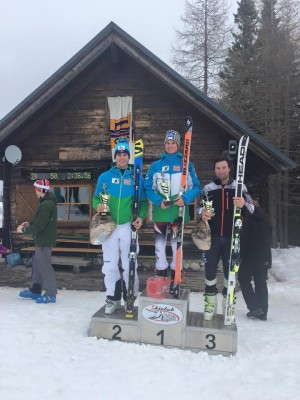