Sochi, Russia (7 March 2013) – The first of team New Zealand’s two Winter Paralympic test events went exceptionally well yesterday (7 March) with a solid performance by Wanaka adaptive snowboarder cross rider Carl Murphy, resulting in a bronze medal finish.  The team is in Sochi, Russia competing on the courses which will be used for the 2014 Winter Paralympic Games.

The USA's Evan Strong picked up gold ahead of his teammate Mike Shea.

Speaking on the event, Carl Murphy commented that “It was a great course and fun to ride and it flowed really well. I set myself some clear goals going into the competition today, I knew where I was at and what I had to do.”

The Paralympic test events are a valuable opportunity for athletes to take a first-hand look at the facilities and fields of play while also providing a good gauge of the international competitive level. Racing was exceptionally tight with the top three riders placed within 0.6 seconds of one another after two combined times.

“Carl had a great race and it was encouraging to see that he is definitely on track for his goals at the 2014 Paralympic Games in Sochi,” remarked his coach Adam Dooney. Murphy makes no secret of the fact that he has his sights set on winning a Paralympic gold medal.

“Taking bronze today shows that we have got work to do but that we are well on track for success in the 2014 Paralympic Winter Games back here in a year’s time,” continued Dooney. “Now that we have been on the track, and seen what the terrain is like we have a good understanding of how and where we can make up time over the next few months.”

Snowboarder Cross will be included in the Paralympic programme for the first time in 2014.

“A lot of work has gone into getting this sport to the stage that it has been recognised and included as a Paralympic sport,” says Jon Turnbull, who will act as the New Zealand Chef de Mission at the 2014 Paralympic Games. “Great energy has been put in by the US and Canada and in particular by New Zealand both prior to and during this event.

“The Sochi organising committee and the International Paralympic Committee did a great job in making the test event a success. Sochi is an awesome place – spectacular mountains, friendly fun people and the engineering endeavours astounding. It should be a fantastic Games in a year’s time!”

Carl Murphy will now travel to a race in Slovenia and then on to Canada at the end of March. While the rest of the New Zealand contingent will turn their attention to the second phase of the Paralympic test events with alpine skiing this week. Adam Hall will compete in the Super G, Super Combined and Slalom events.

“The alpine course is on a steep and challenging hill and should be an exciting event,” says Turnbull. “Adam is champing at the bit to get stuck into this hill and event!” 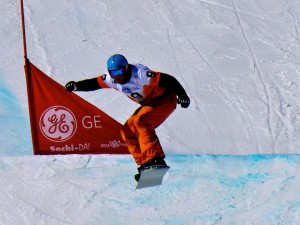