Aspen, USA- (25 January 2014) – Following an intense three days of competition at one of the biggest winter sporting events in the world, Bruce Wells says The X Games have been highly valuable in preparing his sons Jossi, Byron and Beau-James for the Olympic Winter Games which get underway in fewer than two weeks’ time.

For Jossi Wells the X Games Big Air event provided the opportunity to showcase a brand new trick which he had never before landed in competition. Landing the left switch triple 14 in the Big Air heats, Jossi progressed to finals with the top score.

Moving immediately from heats into the final rounds, he couldn’t quite reach the same level of execution and finished the competition in sixth place.

Speaking after the competition, Bruce Wells said that he had Jossi were nonetheless “pretty happy” having met a specific goal with the new trick.

“We know we have the tools in the trick bag now,” said Bruce.

While the Big Air will not feature as an Olympic discipline in Sochi, skiers use the same tricks in the freeski slopestyle, a discipline in which Jossi will compete.

“If the jumps in Sochi mean we can throw a triple, we’ll be confident of grabbing an awesome run,” said Bruce.

Beau-James and Byron Wells competed in the men’s superpipe earlier in the week with Beau-James having received an invite to the X Games for the first time this year. As one of the most prestigious events on the winter action sports calendar and the biggest event outside of the Olympic Games, the X Games provide a similar intensity of competition pressure and the perfect taster for Sochi.

“The best practice for a big event is doing a big event,” says Bruce.

Beau-James put together a credible performance in elimination rounds but did not score highly enough to progress to finals.

For Byron Wells the focus was on re-building form following his injury at the Dew Tour in December, rather than on results.

“It wasn’t realistic to expect to make X Games finals against guys who have been skiing sharp in the recent grand prix,” explained Bruce. “We’re really happy with what we achieved and Byron is now skiing with confidence and feeling good for Sochi.”

The Wells family will fit in a few more training days back at their base in Breckenridge before joining other members of the New Zealand team at a holding camp in Europe and then travelling to Sochi. 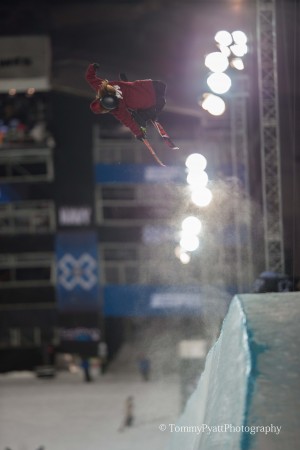