Tonight was the second time in Alice's career that she has competed in a Downhill race, her first being yesterday on the same slope where she also finished in second. Thanks to yesterday's great result she was afforded an advantageous start position of bib #3 today.

Alice looked comfortable on the course today, with great composure in the air on the high-speed jumps and a strong top section.

After yesterday’s race Alice mentioned there were a few spots for improvement. She reflected on tonight’s race and said “It was pretty good today, I was a little bit fatigued, but I just went out there and my top section was really good, I had some good improvements up there. I had a couple of slight line errors down the bottom which I think is where I lost some speed, but it is still a good result.”

Juliana Suter (SUI) took the win again tonight, -0.46 seconds ahead of Alice, with Esther Paslier (FRA) rounding out the podium in third.

Alice has had phenomenal success in the more technical discipline of Giant Slalom, including three World Cup wins and a fourth place at the 2021 World Championships. This season she has started competing in the speed disciplines of Super-G, and now Downhill.

Her success over the past two days helps her lower her Downhill FIS points, working towards allowing her to take part in the Downhill training in the days prior to Super-G World Cups. The training days take place on the same slope as the Super-G race meaning she will be familiar with the slope before she is in the Super-G start gate, equalising the advantage that her competitors currently have.

Alice is next in action at the Zauchensee Super-G World Cup on Sunday night NZT. 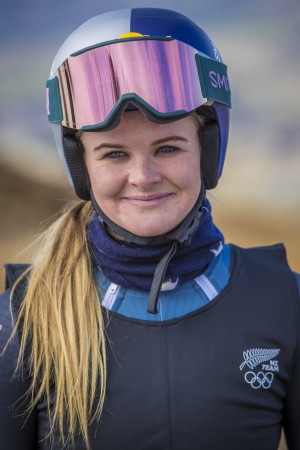