In less than one month, the FIS Snowboard World Cup enters a new season. From August 16 through 24, the freestyle snowboarders will kick of the 2013/2014 winter with two contest in New Zealand. 23 more competitions staged in ten different countries will follow the season's opener in Cardrona Alpine Ski Resort.

Both competitions, which are part of the 2013 Audi quattro Winter Games NZ, are the prelude to numerous other stops of the international contest series which will guest in eleven countries this winter. The most of them will be staged prior to the 2014 Olympic Winter Games and thus count for the official qualification process for Sochi (RUS).

Besides the New Zealand contests, four more events are planned in the halfpipe World Cup (Ruka, Copper, Stoneham, La Molina) as well as in the slopestyle World Cup (Copper, Gstaad, Stoneham, Kreischberg). In addition, the sole big air of the Freestyle Snowboard World Cup will take place in Stoneham.

For further information on the World Cup calendar click here. 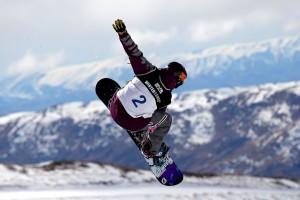