Lake Wanaka, New Zealand (18 August 2015) –The North Face Freeski Open of New Zealand – the only event to stage Slopestyle, Halfpipe and Big Mountain competitions in one – has added another unique twist to its formula. This year’s Big Mountain event will be open to snowboard competitors as well as skiers.

The Freeski Open of NZ is sanctioned as a three star Freeride World Tour Qualifier event and this year both skiers and snowboarders will have the opportunity to earn world tour qualifying points.

New Zealand’s top freeskiers, including Sam Smoothy, Charlie Lyons and Janina Kuzma have used the Freeski Open of NZ as a stepping stone to the prestigious Freeride World Tour. In 2015 snowboarders will be able to follow the same pathway.

Maria Kuzma, sister of seven time Freeski Open of NZ Big Mountain winner Janina, will be on the start list when competition kicks off at The Remarkables ski area in Queenstown next month.

Like her sister, Maria is no stranger to the podium and has notched up an impressive string of results over her years competing on the Freeride World Qualifier tour including second place at the 2015 edition of Big Mountain Hochfugen in Austria.

“It's good to be able to compete in a Freeride World Qualifier comp before heading into the 2015/16 Northern Hemisphere winter. It’s awesome to start this competition season off fresh in NZ!”

The Freeski Open of NZ Big Mountain event will take place at Queenstown’s The Remarkables ski field between 1-6 September. Registration is via the Freeride World Tour website and will be available until 25 August: http://freerideworldqualifier.com/calendar/north-face-freeski-open-new-zealand-2015

For further information visit www.nzfreeskiopen.com and follow us on social media: 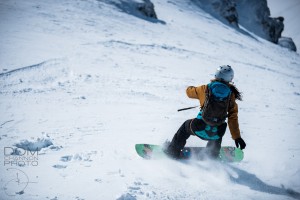