Snow Sports NZ is delighted to have five nominees for the 54th Halberg Awards - the nation’s pre-eminent event to honour and celebrate sporting achievements by New Zealand teams and athletes in 2016.  The nominees are freeskiers Jossi Wells and Finn Bilous, snowboarder Christy Prior, para alpine skier Corey Peters and snowboard coach Sean Thompson.

Thirty one different sports are represented in the nominations which have been submitted from National Sports Organisations and an independent Nominations panel. The nominations will now be judged by the Halberg Awards Voting Academy and shortlisted into finalists.

Jossi Wells has been nominated for The High Performance Sport New Zealand Sportsman of the Year award following a  year of stellar results including winning a gold medal in men’s freeski slopestyle at the Winter X Games in Aspen, USA. While Christy Prior's silver medal winning performance at X Games Oslo puts here in the running for High Performance Sport New Zealand Sportswoman of the Year. Christy's coach, Sean Thompson, named Snow Sports NZ Coach of the Year for 2016, has been nominated for the Buddle Findlay Coach of the Year Award.

Para alpine skier Corey Peters, winner of the  International Paralympic Committee (IPC) Alpine Skiing World Cup Crystal Globe in Super-G, has been nominated for the Disabled Sportsperson of the Year award. Finn Bilous, who won New Zealand's first ever Youth Winter Olympic medals this year, has been nominated for the SKY NEXT Emerging Talent Award which is designed to assist in a young athletes’ quest to become an Olympic, Paralympic and/or World Champion and hopefully one day the Halberg Award.

The Halberg Awards judges of former athletes, coaches and sports journalists now have the task of reviewing all the nominations to decide a shortlist of finalists which will be announced in early January 2017.

The 54th Halberg Awards ceremony will be held on Thursday 9 February 2017 at Vector Arena in Auckland and televised live on SKY SPORT.  Other awards presented during the ceremony include; New Zealand’s Favourite Sporting Moment (public vote category), Sport New Zealand Leadership and Lifetime Achievement. Inductees into the Sports Hall of Fame will also be made at the event.

The annual Halberg Awards is the major fundraiser for the Halberg Disability Sport Foundation, the charity set up by Olympic champion Sir Murray Halberg (ONZ) to enhance the lives of physically disabled New Zealanders.

The core work of the Foundation is a team of Advisers based around the country who connect physically disabled young people to sport and recreation opportunities. They also deliver training on adapting sports and work with clubs, schools and organisations to provide inclusive events, coaching and programmes. The Foundation also hosts the Halberg Junior Disability Games - a national three day sports competition for physically disabled young people.

“2016 has been a huge year for sport which is represented in the size and cross section of sports included in the nominations.  Now it’s over to the judges who have one of the hardest jobs in the country – deciding who wins the coveted supreme Halberg Award!” says Shelley McMeeken, Chief Executive of the Halberg Disability Sport Foundation.

Full list of nominations for the 54th Halberg Awards:

Team of the Year (Eligible for the supreme Halberg Award) 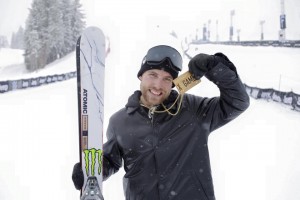