Racing to the Top: Aaron Ewen and Samuel Tate on Track

Up-and-coming Para alpine ski racers Aaron Ewen (Auckland) and Samuel Tate (Dunedin) are enjoying success in their first full season competing at IPC sanctioned events on the international stage. The pair has recently wrapped up an intensive month of racing at events in White Face and Park City resorts in the USA and Kimberly in Canada, with both skiers earning several podium placings.

This series has provided the development level athletes with the perfect opportunity to experience competition across all race disciplines - including the technical Slalom and Giant Slalom, as well as the Speed events of Downhill and Super-G - and to learn more about race format and tactics.

“The biggest learning experience has just been getting used to racing and being in the competitive environment, it’s way different to training,” says 20-year-old Aaron who took up sit-skiing three years ago after sustaining a spinal cord injury.

“My main goal at these events was to finish and get some points on the board,” says Samuel, who has paralysis of one arm and competes in the standing ski class. “I definitely didn’t think that I’d be a contender for medals, that’s for sure.”

While the White Face event served as a good introduction to the race scene, Samuel and Aaron faced serious competition in Park City with the likes of Tyler Walker also lining up for the start. The American sit-skier is ranked second in the world for Slalom and Giant Slalom and made a clean sweep in Park City, winning four from four races. Aaron joined him on the podium on two occasions, placing third in Slalom and in GS. In the standing class Samuel also skied to a solid third place finish in Slalom, standing on the podium with athletes placed well above him on IPC rankings.

The Downhill races at the Canadian and American National Championships in Kimberly, Canada were a personal highlight for Aaron. “The speed races were fun, we had bluebird training days, the views were amazing and it was pretty warm.” He also chalked up some strong results, with fourth and sixth place finishes behind world number three Andrew Kurka (USA). NZ’s Corey Peters holds the world number two ranking in Downhill with Canada’s Kurt Oatway currently in the top spot.

With some good results now in the bag, Adaptive Manager Jane Stevens believes that the young Kiwi racers are also on track towards becoming world-class athletes and representing NZ at the pinnacle of the sport, the Paralympic Winter Games.

“These results are very positive, both Samuel and Aaron are on track at the development stage of their careers and we’re excited to see all their hard work training in New Zealand now translating into results at international races,” she says. “We’re looking forward to China 2022.”

Aaron and Samuel will now complete a training block, working on snow and in the gym, before lining up for their next races, the US National Technical Championships at Mammoth Mountain.

The goal there will be to “keep closing the gap between me and the top racers,” says Aaron.

Aaron and Samuel will also be keeping a close eye on the World Cup circuit with fellow New Zealanders Adam Hall and Corey Peters set to compete in Hakuba, Japan from 5-7 March ahead of the World Cup finals and 2018 Paralympic Winter Games test event in PyeongChang, Korea from 9-18 March. 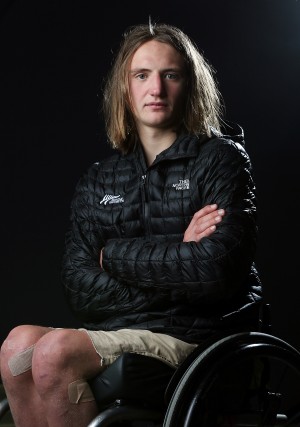