Held in near perfect conditions with boot deep powder and blue skies, Hugo “had no super high expectations” for the first competition of the season and “was just testing the waters really.”

“I wanted to place highly but there was an element of using it as a practice for the larger competitions which are coming up next.”

His relaxed approach proved to be the key to success. “I just tried to ski something fun and creative, which worked out well. I was super stoked when I managed to put down a run I enjoyed and getting a placing out of it was just awesome!”

Finn Duffy (Queenstown) placed fifth in the men’s snowboard event after taking a tumble in the deep snow, doing a forwards roll on his first landing but flipping straight back to his feet and finishing his run.

The NZ athletes are now preparing for their next competitions in Les Arcs, France on 21 January and Chamonix, France on 28 January before Finn Duffy and Matt Sweet take up their invitations to compete alongside 60 of the world’s best young skiers and snowboarders (aged 15-18 years) at the Freeride Junior World Championships in Andorra on 5 February.

About the Freeride Junior Tour

Operating under the umbrella of the Freeride World Tour - a worldwide circuit of freeride snowboarding and skiing with the best riders in the world competing on the most legendary and challenging alpine faces and the most renowned ski resorts across the world – the Freeride Junior Tour is dedicated to young athletes from 14 to 17 years old to develop the talents of tomorrow and encourage youth participation in the sport. 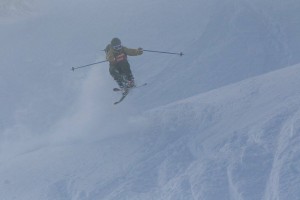