Adam Hall, originally from Mosgiel and now resident in Wanaka, is using the Australasian races as a key part of his build up to the 2014 Paralympic Winter Games in Sochi, Russia where he will be attempting not only to repeat his slalom gold medal-winning performance from Vancouver 2010 but also double up in the super combined event.

Back-to-back IPC Alpine Skiing World Cup Slaloms take place at Coronet Peak, Queenstown on 22 and 23 August as part of Winter Games NZ. They are followed by Super G and Super Combined World Cups at Mt Hutt near Christchurch on 26 and 27 August, with these later races organised by Snow Sports New Zealand in conjunction with Winter Games NZ. In addition, the Australian Paralympic Committee hosts Slalom and Giant Slalom World Cups at Thredbo, NSW from 2-5 September.

Nations that have entered athletes for the New Zealand races so far in addition to the host country include Winter Paralympic powerhouses Russia, Canada, USA, Australia, Italy and Korea.

The British Disabled Ski Team is sending a number of athletes including Kelly Gallagher, the visually impaired skier from Northern Ireland who has been in excellent form and is arguably Britain’s best chance at Sochi for its first ever Winter Paralympic medal.

Other top names appearing at Coronet Peak and Mt Hutt include Josh Dueck from Canada who won sit-ski silver at Vancouver 2010 and is the first sit-skier to land a back flip, plus Americans Mark Bathum, Stephani Victor, Alana Nichols and Laurie Stephens who all medalled in Vancouver.

From the host nations, Australia’s Mitchell Gourley and 2006 Winter Paralympic bronze medallist, Toby Kane are expected to compete against their Trans-Tasman rival Adam Hall, while sit-skier and fellow Kiwi, Corey Peters needs strong performances in order to qualify for Sochi.

Organisers are expecting large fields of up to 80 elite athletes for each IPC Alpine Skiing World Cup. Competitors from all classifications – visually impaired, sit-skiers and standing-skiers with arm and leg impairments – will take part in each race.

“Looking at the entries received to date, the timing and status of these races has attracted both quality and quantity. With World Cups come the world’s best because only they are qualified to compete. In particular, the combination of technical slalom races at Coronet Peak during Winter Games NZ and the two speed events at Mount Hutt the following week has made it an easy decision for team managers to commit their athletes,” she said.

“Adam Hall is looking really good in training and we expect him to put everything into these World Cups. He has an amazing work ethic and has definitely upped his game to compete in both slalom and super combined. With strong performances here he’ll have a great chance to double medal at Sochi.”

“We’ve been working closely with Snow Sports NZ and the Australian Paralympic Committee to develop a package of races and training time that would attract the world’s best. That co-operation has paid off and all eyes will be on Coronet Peak, Mount Hutt and Thredbo as a precursor to Sochi,” he said. 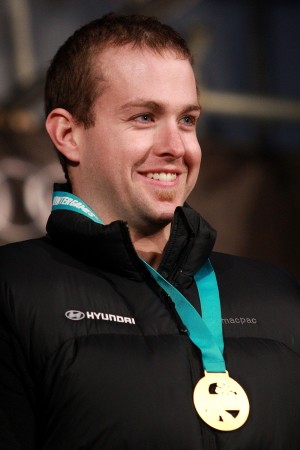