Lake Wanaka, NZ – (9 August 2013) –  The Alpine Ski Racing National Youth Series got off to an impressive start last weekend with the first races being hosted in Queenstown at Coronet Peak from 2 – 4 August.

The National Youth Series events are considered critical in measuring the progression of junior athletes, particularly in the U14 and U16 age categories, across the season.

The Coronet Peak event saw skiers compete in GS and slalom disciplines with an impressive display of talent on display. Snow Sports NZ’s Alpine Manager, Ian McLean said there were stand out performers in both disciplines and across the field.

In the U14 ladies’ GS event Alice Robinson and Alexandra Hull were “absolutely great” while Benjamin Richards and Ben Ellis put together “fantastic performances” in the U14 men’s GS race. In the U16 races Elizabeth Reid, Anna-Lena Schaal, Oscar Halliwell and Jackson Rich were the top performers.

The slalom race once again saw Alice Robinson on top form in the U14 ladies with Andie Gillings also demonstrating her strengths. Benjamin Richards and Thomas Knowles were stand-outs in U14 men’s. U16 ladies Elizabeth Reid and Anna-Lena Schaal proved themselves once again in the slalom race with U16 men Angus Wills and Ben Hull also impressive.

Snow Sports NZ extends a sincere thanks to the Race Organising Committee and staff at Coronet Peak, along with the many volunteers who generously give up their time to assist with events such as the National Youth Series.

The next event in the Series is scheduled for 16 – 18 August at Mt Hutt and will include Super G, GS and Slalom. Click here for further info 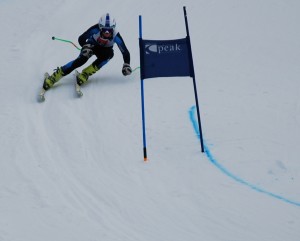