The pair have been selected after meeting both the Snow Sports NZ nomination criteria and the New Zealand Olympic Committee's tough 'top 16' selection standard early in the season.

Both freeski slopestyle athlete Jossi and freeski halfpipe athlete Byron have strong histories in their disciplines. Jossi narrowly missed out on the podium at the Sochi 2014 Olympic Winter Games, placing fourth in halfpipe. The 27 year old is a six time X-Games medallist, including a gold medal win in 2016.

Byron was also selected for Sochi 2014 but was unable to compete due to injury sustained training at the games. The 25 year old claimed third in halfpipe at the Association of Freeskiing Professionals World Tour Finals in 2015 and won Aspen Open halfpipe gold in 2015 and 2016.

Jossi has been conditionally selected as he recovers from a torn patella tendon and will need to receive medical clearance to formalise selection prior to the games.

He says the recovery is progressing well and he hopes to be back on snow in under two months.

“I’m currently in the rehab process and I’m giving it 100% and working hard to get my body into top shape. I’m planning to fly to Europe on Boxing Day and get on skis and get stuck in, with my first big competition likely to be X-Games in January,” he said.

Jossi added that he’s extremely pleased to be selected and is excited to represent New Zealand.

“The Olympic Games is the pinnacle of sports worldwide and to go there and represent your country and to be given the opportunity to bring your best performance at the best event is an incredible honour. It feels pretty special to wear that silver fern and know you have a whole nation supporting you.”

Byron says after the disappointment he went through in Sochi, he’s excited to get another opportunity to compete at the Olympic Winter Games.

“It’s a pretty amazing feeling, I’ve been through a bit with injuries to get here so I’m really happy to be named in the team and I can’t wait to get to South Korea and represent New Zealand,” he said.

Byron leaves to train in Austria on Sunday before heading to Colorado for competitions.

“We are thrilled for Jossi and Byron to be named in the New Zealand Team to PyeongChang 2018,” he said.

“Both athletes have an outstanding history in their respective disciplines and the selection is well deserved. Although both athletes are returning from injury, they are on track in games time preparation programmes and there is little doubt they will not only add top performances to the team’s overall results, but also add experience and confidence to the young team.”

“We’re delighted both Jossi and Byron will join Janina Kuzma for their second Olympic Games at PyeongChang. We value their experience in the unique Olympic Games environment and wish them well as they progress with their final preparations. I warmly congratulate them both.”

The brothers join the nine athletes named to the team last month. Further PyeongChang 2018 nominations and selections will take place between November and January and are expected to include additional freeski and snowboard athletes as well as athletes who continue to track well from speed skating, skeleton and alpine ski. Beau-James and Jackson Wells remain in contention for PyeongChang 2018.

Please note the athletes have been selected subject to the NZOC receiving the relevant quota from FIS (International Ski Federation).

The Olympic Winter Games will take place in PyeongChang, South Korea February 9-25th. A team of around 20 New Zealand athletes is expected to compete at the Games. 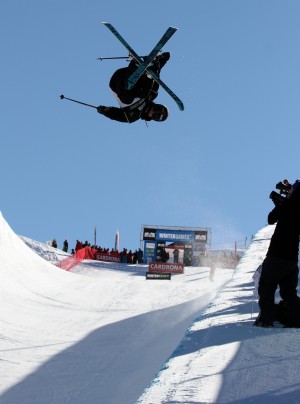