The International Olympic Committee’s Executive Board met on Monday, 8th June, and announced that the Alpine Team Event and Snowboard Big Air will join the programme for the 2018 Olympic Winter Games in PyeongChang (KOR).

"Snow Sports NZ has been a strong supporter of the inclusion of new disciplines onto the Olympic Winter Games programme and we applaud the International Olympic Committee for making these decisions," says Snow Sports NZ CEO, Marty Toomey.

"The IOC is implementing its Agenda 2020 recommendations and has added exciting new disciplines that will be well received  by the general public.

“Snow Sports NZ is excited by the inclusion of Snowboard Big Air as this provides another opportunity for our top snowboard athletes to contest for Olympic medals. We are hopeful that Freeski Big Air will also be included for the 2018 Games and that an announcement will me made around this in the coming weeks.”

“I am very pleased with the decision to include these two events that reflect both the traditional and youth elements of the FIS disciplines,” said FIS President Gian Franco Kasper. “The athlete, media and fan reaction to both events has been overwhelmingly positive and I believe both events will make a fine addition to the Olympic Games.”

The Alpine Team Event was a favourite at the last FIS Alpine World Ski Championships in Vail/Beaver Creek (USA). The event features a mixed team of two men and two ladies competing for their National Teams in a head-to-head slalom with a knock-out format per round. Traditionally, 16 teams are at the start of the competition. The Alpine Team Event made its FIS World Championship debut in 2005, and in the parallel format in 2011.

Big Air made its World Championship debut in Kreischberg (AUT) in 2003 and has been highlight of the programme ever since. This year, the event was held in front of a sell-out crowd that was left in awe of the high-flying tricks athletes completed. Riders are judged on the height and difficulty of their tricks as well as their control and precision of landing.

Both the Alpine Team Event and Big Air highlight the versatility of Skiing and Snowboarding as both events can be staged at mountain resorts or as City Events. This last season Istanbul (TUR) hosted a very successful Big Air competition, while an Alpine Team Event is scheduled for the downtown areas of Munich (GER) and Stockholm (SWE) this upcoming season.

In other 2018 Olympic Programme news, it was announced the Snowboard Parallel Slalom (PSL) will not stay on the schedule for the 2018 Games. The PSL was added only for the 2014 Olympic Games in Sochi (RUS), at the request of the Host Country. Snowboard Parallel Giant Slalom will remain a part of the programme in PyeongChang. 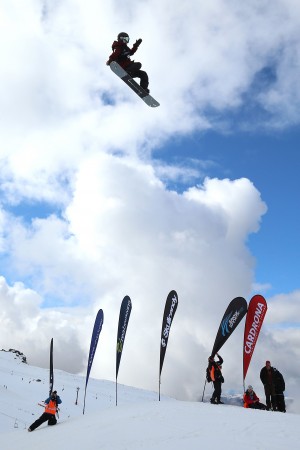