Whistler, Canada (24 April 2012) - The freeskiers' final stop of the tour, the AFP World Championships in Whistler, Canada concluded over the weekend with some stellar performances from New Zealand athletes in the halfpipe.

“Beau-James Wells (aged 16) has been preparing to peak at this event all season,” said NZ’s Head Park and Pipe Coach, Tom Willmott.  “Recent trick progression and amplitude improvements paid dividends for Beau who achieved both a career best performance and best result scoring 79 out of a possible 100 in the elimination round and achieving a 16th place finish with a run including three 900 variations.

Beau-James older brother, Jossi (aged 22), was inspired by Beau's performance and pushed his skiing to the limits in the best of two-run finals sitting in third place after run one.

Jossi squeezed even more amplitude in run two and was on track for a podium, but came unstuck on his second to last hit, could not hold on to the landing and unfortunately crashed hard into the pipe wall.  Despite missing out on a top spot, Jossi ended up with a fifth place finish in the pipe - his best result of the season in halfpipe.

On the women's side, slopestyle specialist Rose Battersby (aged 18) demonstrated her versatility placing ninth in the halfpipe with consistent runs to add to her eleventh in slopestyle and third in Big Air.

Janina Kuzma (aged 26) was unable to officially compete due to a top-12 ranking cut-off and her focus on the freeride world tour this season.  As an alternate for the event, Janina completed two unofficial judged runs to provide a judging benchmark for the women’s field scoring 74.2 which would have been good enough to place her in fourth, had she been eligible to compete.

The majority of the Park & Pipe team across freeski and snowboard are now back in New Zealand enjoying some well earned down-time before getting into pre-season training in May.

The team will be returning to Whistler for a summer camp on the glacier in June-July and look forward to the NZ competition season in August-September.

According to Willmott, “The successful pinnacle event performances are a good indication of healthy tracking towards the Sochi Winter Olympics in 2014, and increased strength and depth of our leading snow sports athletes." 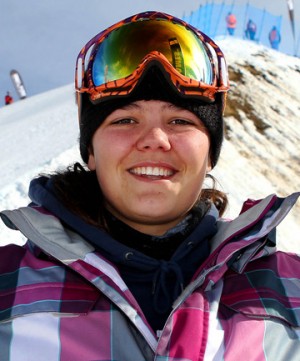