A team of four exceptional Para athletes has been selected by Paralympics New Zealand (PNZ) to compete at the PyeongChang 2018 Paralympic Winter Games next March. The team will include a mix of experience and youth headlined by Paralympian Adam Hall who will be attending his fourth Paralympic Games. He will be joined by Sochi 2014 silver medallist Corey Peters, and Para snowboarder Carl Murphy, both will be competing at their second Paralympic Winter Games, and Paralympic debutant Aaron Ewen. The announcement was made at the New Zealand winter training base in Wanaka today and marks the first group of Para athletes to be announced to the New Zealand Team.

Adam Hall, Vancouver 2010 gold medallist will join an exclusive group of only 15 New Zealand winter and summer Paralympians who have competed at a staggering four Paralympic Games.  Most recently, Hall continued to make his presence felt on the world stage showing great form at the 2017 World Para Alpine Skiing World Championships, winning bronze in the Men’s Slalom Standing.

Hall said: “I have seen so much change and growth in Para sport both nationally and internationally since I competed at my first Paralympic Games in Torino 2006. The Rio 2016 Paralympic Games was a huge turning point in New Zealand as Kiwis watched the Team free-to-air on TVNZ and Attitude. With this also being the case for PyeongChang 2018 we encourage all New Zealanders to show their support and watch us in action on the slopes and be inspired to think differently about what disabled people can achieve.”

Paralympian and father of three, 38-year-old Carl Murphy, will return to the Paralympic Winter Games environment and will be looking to win the Paralympic gold medal that evaded him as he finished fourth in the sport of Para snowboard in Sochi 2014.

Murphy said: “I am so thrilled to be named as part of the team today. It has been a long road to selection but I now feel like the last two years of ongoing injury, surgery and rehabilitation are behind me. I am totally focussed on PyeongChang and making my family and all those that have supported me proud.”

Sochi 2014 silver medallist Corey Peters, will be looking to go one better in PyeongChang 2018 as he aims for gold. Four years ago, Peters made his Paralympic Winter Games debut and surprised many as he went on to win New Zealand’s only medal across both the Paralympic and Olympic Games in 2014.  Since then, he has continued to perform at the highest level winning two gold and three silver World Championships medals.

This wealth of experience will be invaluable to Paralympic Winter Games debutant 20-year-old Aaron Ewen as he represents New Zealand at his first ever Paralympic Games. Ewen was first identified as having potential talent only two years ago and since then has progressed rapidly through the Snow Sports NZ talent development pathway. He will look to draw on his recent experience at last season’s international competitions where he achieved five podium finishes.

Fiona Allan (Chief Executive, Paralympics New Zealand) said: “It is fantastic today to announce the selection of Adam, Carl, Corey and Aaron in the company of their family and friends, Snow Sports NZ and all the staff that support the Para athletes. I know all four athletes will be working hard as they take on the rest of the world in PyeongChang.”

Pete Pfitzinger (Acting Chief Executive, High Performance Sport New Zealand) said: “Building on the success of this year’s World Championship events, we believe this will be a strong and talented team that will represent New Zealand at the Paralympic Winter Games. I would like to congratulate the Paralympians and Para athletes selected today and acknowledge their hard work and dedication. I wish them every success in their preparations for the Games.”

Marty Toomey (Chief Executive, Snow Sports NZ) said: “We are delighted to see the hard work of the last four years paying off for our Para athletes. Our coaching and support staff look forward to helping the team with their final preparations as they head over to the Northern Hemisphere for the World Cups leading up to the Games.” 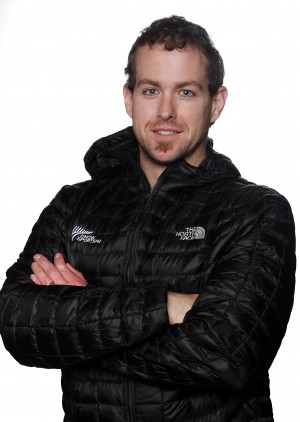