The Halberg Disability Sport Foundation has today announced 24 finalists for six categories at the 54th Halberg Awards – the nation’s pre-eminent event to honour and celebrate sporting achievements by New Zealand teams and athletes in 2016. NZ freeskier Finn Bilous has been named as a finalist for the SKY NEXT Emerging Talent award along with Campbell Stewart (Cycling), Dylan Schmidt (Trampoline), and Maynard Peel (Cycling BMX).

Sixteen finalists from the Disabled Sportsperson, Sportsman, Sportswoman and Team of the Year categories are all in line for the supreme Halberg Award – the country’s highest accolade for sporting excellence, presented to the athlete or team whose achievement is deemed by the judges as representing excellence in sport at the highest level.

The Disabled Sportsperson of the Year award includes 2015 recipient Sophie Pascoe. The Para-Swimmer, who won three gold and two silver at the Paralympics is up against fellow gold medallists Anna Grimaldi, Mary Fisher and Liam Malone, who won double gold and a silver in Rio.

Four teams who all ascended the medal dais in Rio are up for the Team of the Year Category. The finalists include two Olympic champion crews; the Men’s 49er (Peter Burling and Blair Tuke) and Rowing Pair (Hamish Bond and Eric Murray) along with silver medallists; the Team Sprint (Eddie Dawkins, Ethan Mitchell and Sam Webster) and the 470 crew (Jo Aleh and Polly Powrie).

The Buddle FindlayCoach of the Year Award includes the 2015 winner - All Blacks coach and World Rugby Coach of the Year Steve Hansen.  Hansen is up against Hamish Willcox who led the Men’s 49er crew to Olympic success in Rio, Gordon Walker who guided Lisa Carrington to double Rio gold and Jeremy McColl who directed Eliza McCartney to her first Olympics and a silver medal.

Finalists in the SKY NEXT Emerging Talent Award all had huge achievements on the world stage in 2016. Track Cyclist Campbell Stewart who claimed two Junior World Championship titles in the Omnium and Team Pursuit has been shortlisted along with Dylan Schmidt - New Zealand’s first athlete to compete in Trampoline at the Olympics finishing in seventh place. Maynard Peel, who won the World Junior Championship at the UCI BMX World Championship and freeskier Finn Bilous, who won the country’s first ever Winter Youth Olympic Games medals (a silver and bronze) are also finalists.

The Halberg Awards judges of former athletes, coaches and sports journalists selected the shortlist from 87 nominations for the six categories.  The winners will be announced at the 54th Halberg Awards ceremony, held on Thursday 9 February 2017 at Vector Arena in Auckland and televised live on SKY SPORT.

Other awards presented during the ceremony include; New Zealand’s Favourite Sporting Moment (public vote category), Sport New Zealand Leadership and Lifetime Achievement. Inductees into the Sports Hall of Fame will also be made at the event.

The annual Halberg Awards is the major fundraiser for the Halberg Disability Sport Foundation, the charity set up by Olympic champion Sir Murray Halberg (ONZ) to enhance the lives of physically disabled New Zealanders.

The core work of the Foundation is a team of Advisers based around the country who connect physically disabled young people to sport and recreation opportunities. They also deliver training on adapting sports and work with clubs, schools and organisations to provide inclusive events, coaching and programmes. The Foundation also hosts the Halberg Junior Disability Games - a national three day sports competition for physically disabled young people.

“This outstanding shortlist represents the best of New Zealand sporting success on the world stage in 2016. We look forward to celebrating all of these achievements and bestowing the supreme honours on the worthy recipient on February 9,” says Shelley McMeeken, Chief Executive of the Halberg Disability Sport Foundation.

Full list of finalists for the 54th Halberg Awards:

Team of the Year (Eligible for the supreme Halberg Award)

About the Halberg Awards

Named after Olympic champion Sir Murray Halberg (ONZ), the Halberg Awards is the country's pre-eminent event to honour and celebrate New Zealand sporting excellence. It also provides the Halberg Disability Sport Foundation with a flagship fundraising opportunity for Sir Murray's charity, which aims to enhance the lives of physically disabled New Zealanders by enabling them to participate in sport and recreation.  For more information go to www.halbergawards.co.nz. 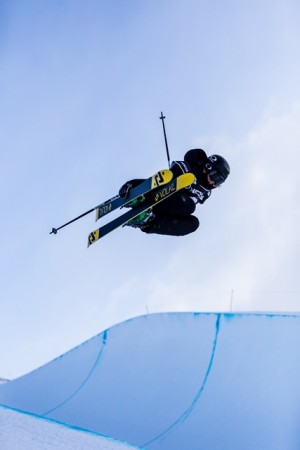