New Zealand Paralympian Corey Peters has done it again, adding to yesterday’s gold with SILVER today in his second event of Beijing 2022.

Peters came second in the Men's Super-G Sitting in a time of 1:10.16, less than half a second behind the winner Jesper Pedersen of Norway. Peters hit speeds of 99.9 km per hour.

The podium in today’s Super-G looked remarkably similar to yesterday’s Downhill, with the same three contenders taking medals: this time Pedersen in first place, Peters in second, and Japan’s Tiaki Morii adding another bronze to his medal collection.

This is Peters’ fourth Paralympic medal. In addition to yesterday’s gold, he has a silver from Sochi 2014 and a bronze from PyeongChang 2018.

Peters took an aggressive, fast line, closing the gap through the technical steeps. Never more than a second behind Pedersen’s time, Peters came extremely close to outdoing his opponent with only 0.29 seconds separating them in the third split.

On a challenging course that saw some dramatic crashes today, both Peters and teammate Aaron Ewen who finished 9th have done New Zealand proud.

Peters next and final event of Beijing 2022 is the Giant Slalom, scheduled for this Thursday 10th March from 3pm NZT. 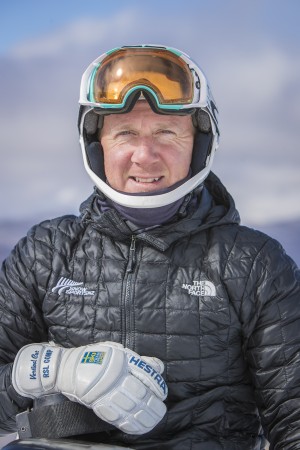