Audi quattro Winter Games NZ today welcomed the announcement of Government support for the event until 2017, securing the world class winter sports competition for New Zealand and international athletes in the lead up to the 2018 Winter Olympics.

Internationally regarded as one of the world’s top five snow sports events, Audi quattro Winter Games NZ attracts the world’s elite winter sports athletes including multiple Olympic medalists, Paralympic medalists and world champions in free skiing, snowboarding, alpine skiing and curling. It has also positioned New Zealand at the forefront of competitive winter sports development, playing an instrumental part in the decision to include free skiing in the most recent Winter Olympics.

Audi quattro Winter Games NZ CEO, Arthur Klap said he was delighted to receive the Government’s support which was announced by Economic Development Minister, Steven Joyce today. The support would allow the Games to develop into new markets while also continuing to act as a launch pad for New Zealand talent.

“I very much look forward to working with the Ministry of Business, Innovation and Employment (MBIE) in growing the reach of the Games into markets important to New Zealand, specifically into Asia. Winter Games NZ 2017 will be a key qualifying event for the 2018 Winter Olympics in Korea,” he said.

“What we have achieved in just three events in terms of our standing on the world stage is nothing short of remarkable. Having the confidence of Government backing for the 2015 and 2017 events will allow us to build on this and continue to present New Zealand at the forefront of winter sports with all the associated economic benefits, not just for the host region of the Southern Lakes but also New Zealand as a whole.”

Audi quattro Winter Games NZ 2015 will take place over nine days from 21 to 30 August. All snow sports will take place on the ski fields of Lake Wanaka and Queenstown together with a full downtown festival programme. Ice sports will be represented by curling at the international rink in Naseby. 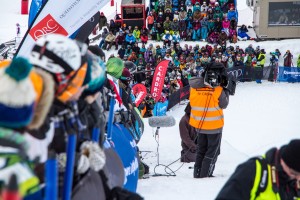