Yongpyeong, Korea (18 January 2017) - NZ ski racers have posted solid results on day three of the Far East Cup in Korea, taking them one step closer to their goals of qualifying for the 2018 Olympic Winter Games to be held at the same venue in just over one year's time. Willis Feasey (Twizel) placed seventh in the men's GS, and Adam Barwood (Queenstown) 14th. Piera Hudson (Havelock North) finished ninth in the women's field.

"It's been a great experience being able to race on the next Olympic hill and it's exciting to be getting closer to Olympic qualification," says Adam. "It's a cool slope over here, with a really icy bit of terrain and a steep pitch to the finish which should make good viewing for the Olympics!" adds Willis.

"It's been great to come to PyeongChang and race on the 2018 Olympic piste, the slope conditions are steep and icy with a lot of terrain so it was a good challenge," says Piera.

The event has attracted record entries with athletes eager to test the slopes before they take to the main stage next February. A total of 151 athletes from 16 countries took part with 15 of them in the world’s top 75 rankings.

Racing concludes at Yongpyeong resort today with the Slalom. 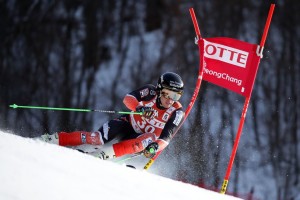