The Halberg Disability Sport Foundation has today announced 24 finalists for six categories at the 53rd Halberg Awards – the nation’s pre-eminent event to honour and celebrate sporting excellence by New Zealand teams and athletes in 2015.

Fifteen different sports feature in the shortlist with cricket and rugby providing the most finalists with three apiece. Sixteen of the 24 finalists are in contention for the supreme Halberg Award - the country’s highest accolade for sporting excellence. The finalists in the Sportsman, Sportswoman, Disabled Sportsperson and Team of the Year categories are all eligible for the top award.

Supreme Halberg Award holders Hamish Bond and Eric Murray are in line to defend the top honour again.   The Men’s Pair is shortlisted for the Microsoft Surface Team of the Year against two other world title holders; the All Blacks and Men’s 49er crew of Peter Burling and Blair Tuke. The BLACKCAPS – New Zealand’s first men’s team to reach the Cricket World Cup final – round out the category.

World Rugby Player of the Year Daniel Carter is a finalist for the High Performance Sport New Zealand Sportsman of the Year along with golfer Danny Lee, who won the Greenbrier Classic on the US PGA Tour and was selected for the Presidents Cup Team. IndyCar Series winner Scott Dixon and BLACKCAP Kane Williamson who was named the world number one test batsman in December also make the shortlist.

Para-Swimmers Nikita Howarth and Sophie Pascoe are up for the Disabled Sportsperson of the Year awardfor theirachievements at the IPC Swimming World Championships where Howarth won double gold, and Pascoe claimed three golds, a silver and two bronze medals.  Para-Shooter Michael Johnson who set a world record and won five world cup gold medals is a contender along with Para-Skiier Corey Peters who won two golds and a silver at the IPC Alpine Skiing World Championships.

The Coach of the Year finalists features a group that guided New Zealand athletes and teams to multiple successes in 2015 including All Blacks coach Steve Hansen and Lisa Carrington’s coach Gordon Walker. Hamish Willcox who steered the Men’s 49er team is a finalist along with BLACKCAPS coach Mike Hesson.

The finalists were selected by the Halberg Awards judges of former athletes, coaches and sports journalists who reviewed 63 nominations submitted for the six categories.

The winners will be presented at the 53rd Halberg Awards on Thursday 18 February 2016 at Vector Arena in Auckland and televised live on SKY SPORT.  Ten awards are presented on the night with other categories including the Radio Sport Sporting Moment (public vote category), Sport New Zealand Leadership Award, Lifetime Achievement Award as well as inductees into the Sports Hall of Fame.

“The finalists all achieved outstanding success on the world stage in 2015 and we look forward to celebrating and honouring them at the awards ceremony next month,” says Shelley McMeeken, Chief Executive of the Halberg Disability Sport Foundation.

The full list of finalists for the 53rd Halberg Awards:

Coach of the Year 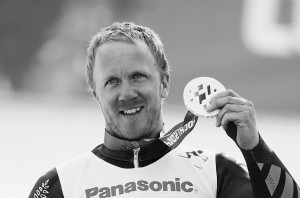