Piera Hudson moves into the A Team following some career best results which included becoming the first New Zealand ski racer to score World Cup points in Slalom in 15 years, at Killington, USA in November 2018. Piera went on to achieve three first places at the Far East Cup series in Taiwoo, China, and then first and third place at the Far East Cup series in Wanlong, China.

Piera joins Alice Robinson, who achieved an A Team ranking in 2018, and has gone on to achieve exceptional results over the past season. Alice claimed New Zealand’s first World Cup medal in 17 years, finishing in second place, just 0.30s behind world number one Mikaela Shiffrin at the World Cup Finals Giant Slalom in Andorra in March 2019. Her string of impressive results also included a Europa Cup win and two Europa Cup silver medals, as well as the 2019 Junior World Championship title for Giant Slalom.

Strong results for Colbey Derwin on the US University Circuit, as he combines ski racing and study, have seen him make a big jump up the world rankings and mean he moves from the NZ Development Squad into the C Team. Colbey improved his ranking from 1256 in Giant Slalom and 723 Slalom in 2018 to 419 in GS and 609 in Slalom in 2019. Highlights from his recent season included a 27.05 FIS point result at Burke Mountain and a 28.13 result at Dartmouth Skiway

Alex Hull has qualified for the NZ Development Squad having improved her ranking from 1214 to 546 in Giant Slalom. The season started well for the QAST athlete when she scored a 42.17 result on home snow at the Coronet Cup, and her strong form continued into the northern hemisphere season with a 33.78 result at Bridger Bowl.

Snow Sports NZ extend congratulations to these athletes and wish them well for the coming season.

Snow Sports NZ would like to thank NZSki Ltd for their support of the team, with the supply of season passes,  lane training facilities and hosting of New Zealand Alpine National Championships at Coronet Peak. 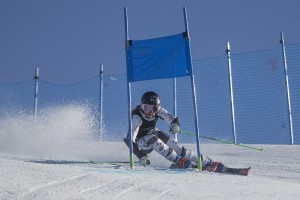