Wanaka, New Zealand (26 September 2019) – Day one of racing at the inaugural Snowvision NZ Alpine Youth Championships got underway at Cardrona Alpine Resort today with 75 racers in the U14, U16 and U19 age divisions competing in Slalom. With the weather making a u-turn back to winter, the course first had to be cleared of drifting snow but with that done, the cold temperatures made for firm conditions ideal for racing.

The Alpine Youth Championships have attracted racers from throughout New Zealand and are a pinnacle event for these age groups. U16 Cardrona Alpine Ski Team (CAST) member, Mikayla Smyth, the fastest racer on course in run one, explains:

“This event is super important. I really want to do well so I can be seeded well for the northern hemisphere races. I’m really happy to win the first run, now I just need to make sure I ski well in the second.”

The Alpine Youth Championships were added to the calendar this year as part of Snow Sports NZ’s strategy to provide a better youth development pathway for Alpine ski racing. The three-day event will be followed by the Snowvision NZ Alpine Youth Camp for qualified participants. Following the camp, the Snowvision NZ Alpine Youth Squad will be announced. These athletes will be ranked and offered quota spots at Youth International Alpine competitions in the upcoming northern hemisphere season.

Mikayla Smyth put together another strong performance on her second run, winning the U16 girls’ category and recording the second fastest overall time behind Team Hutt’s Alec Jackson in the boys’ U16 age group.

“I’m really happy with how today went,” said Alec. “I’ve been working on consistency in my skiing and that really came together for me today with two good runs.”

Cole Scott (Ruapehu Snow Sports) and Megan Rollerson (RSS) were the respective winners of the men’s and women’s U19 category.

The Snowvision NZ Alpine Youth Championships continue at Cardrona tomorrow (Friday) and with poor weather forecast for Saturday, a decision has been made to race both the Super-G and Giant Slalom tomorrow. The Super-G will start at 8.30am.

The overall prizegiving ceremony will be held at the Cardrona Hotel after racing tomorrow.

Live timing is available at this link 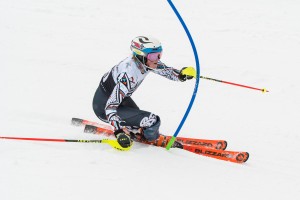