Using the new jam format introduced for the first time at this year’s X Games, the eight finalists had thirty minutes to take as many laps through the pipe and were judged on their entire work rate across that time rather than individual top scoring runs.

Nico’s campaign got off to a tricky start with the binding popping off his ski on the landing of his very first hit but he came back firing on his second run, gunning for the 1620 at the top of the superpipe but not quite sticking the landing.

Sitting in seventh place coming in to his third run, Nico landed rightside and leftside 1260s which bumped him up into fifth place with enough time on the clock for one final run. Sticking with an all-or-nothing approach Nico once again dug deep in the trick bag,  made four and a half rotations through the air and this time stomped the landing, with the judges improving his ranking by one place. 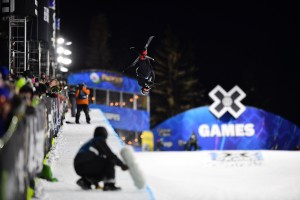