Sochi, Russia (12 March 2013) – The 2013 IPC Alpine Skiing World Cup Finals in Sochi, Russia - which have also served as a test event for the Paralympic Winter Games next year - have come to a frustrating conclusion for New Zealand adaptive skier Adam Hall.

“It has been a frustrating few days here in Sochi for all involved. Mother Nature was not kind with rain and fog devastating the hard racing surface of the alpine ski tracks of Rosa Khutor. After battling with lack of snow and near summery conditions during the Olympic test events in February, the rain the last few days was the last straw for the organising committee race department and the decision was made to cancel the Super Combined race planned for today.

“In the only event to actually occur for the New Zealand team, Adam Hall had a strong first run slalom, finishing fifth but came out near the end of the course in the second run. The conditions were just too tough for him and a technical error saw him blow out of a gate.

“Over the last few weeks we have seen some strong tactical skiing from Adam, getting used to these two very different hills with last week being very hard snow in La Molina, Spain at the World Champs and this week being the opposite in the test event here in Sochi. Following a performance as gritty and determined as we saw in Vancouver (at the 2010 Winter Paralympic Games) Adam gave it hammers, fighting a rough course but going after it with aggression and confidence.”

Coach Scott Olson said, “Adam’s performance in the slalom was great to see, he came out fighting with an aggressive approach to the course which was eating many of the athletes. It was great to see this approach and demeanour from Adam, we know it’s there now and when we need it he can bring it.

“We have identified several technical aspects of Adam’s skiing to work on and more specifically we know the type of  terrain and snow conditions we need to be able to deal with.”

“Test events are all about becoming familiar with the technical requirements of the slopes, so it is disappointing that Adam has not had the opportunity to race on the speed course,” says Snow Sports NZ Adaptive Manager, Jane Stevens. “However, I’m sure Adam and his team do now have a better understanding of what they need to work towards in order to be successful at the Sochi Games next year.”

“Despite the frustrations of the athletes and coaches, this is ski racing and Sochi is not the first place to experience abnormal weather conditions this year, nor will it be the last,” reasons Jon Turnbull.

“We saw tough conditions at the Vancouver 2010 Olympics with a severe lack of snow. The organising committee has learned a lot from this experience and I’m confident they will prepare accordingly. The organising committee seems determined to provide an exceptional Games. Considering they built a ski field and an entire town from scratch, they have done well thus far!”

Adam Hall and coach Scott Olson now travel to Europe to check out venues for holding camps prior to the Winter Paralympic Games next year. The holding camp will allow team New Zealand to regroup and get some final fine-tuning done prior to entering into the Paralympic village next year. 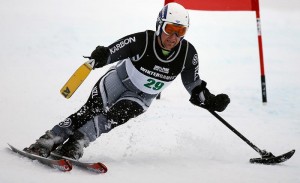